Bright, engaged, and committed to your success.

Do your skills and mission align with ours?

Submit your resume and tell us a little bit about yourself.

When we’re recognized as leaders in national and international publications, websites and news outlets, it’s because our clients are crushing it. 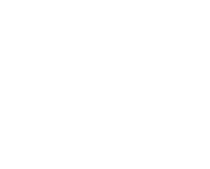 Hemp is of first necessity to the wealth & protection of the country.​ 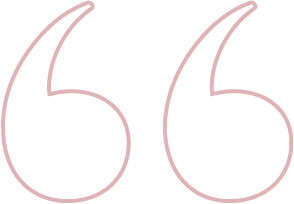 When a major publication quotes us for expertise, we like to add their name to a growing colorful list. 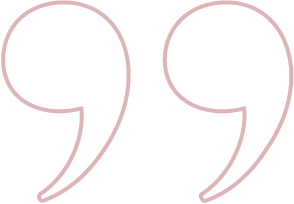 Come say hello next time you see us at one of these events where we happily speak to industry and investor audiences across the West Coast about timely and interesting topics.

“Meet the Buyers” Hosted by CDA and HCGA

We Work Where You Work

We represent our clients in every corner, nook, cranny, and metropolis of the Golden State.

Our network of clients and experience working with local and state governments all over the State of California means we’ve got you covered. 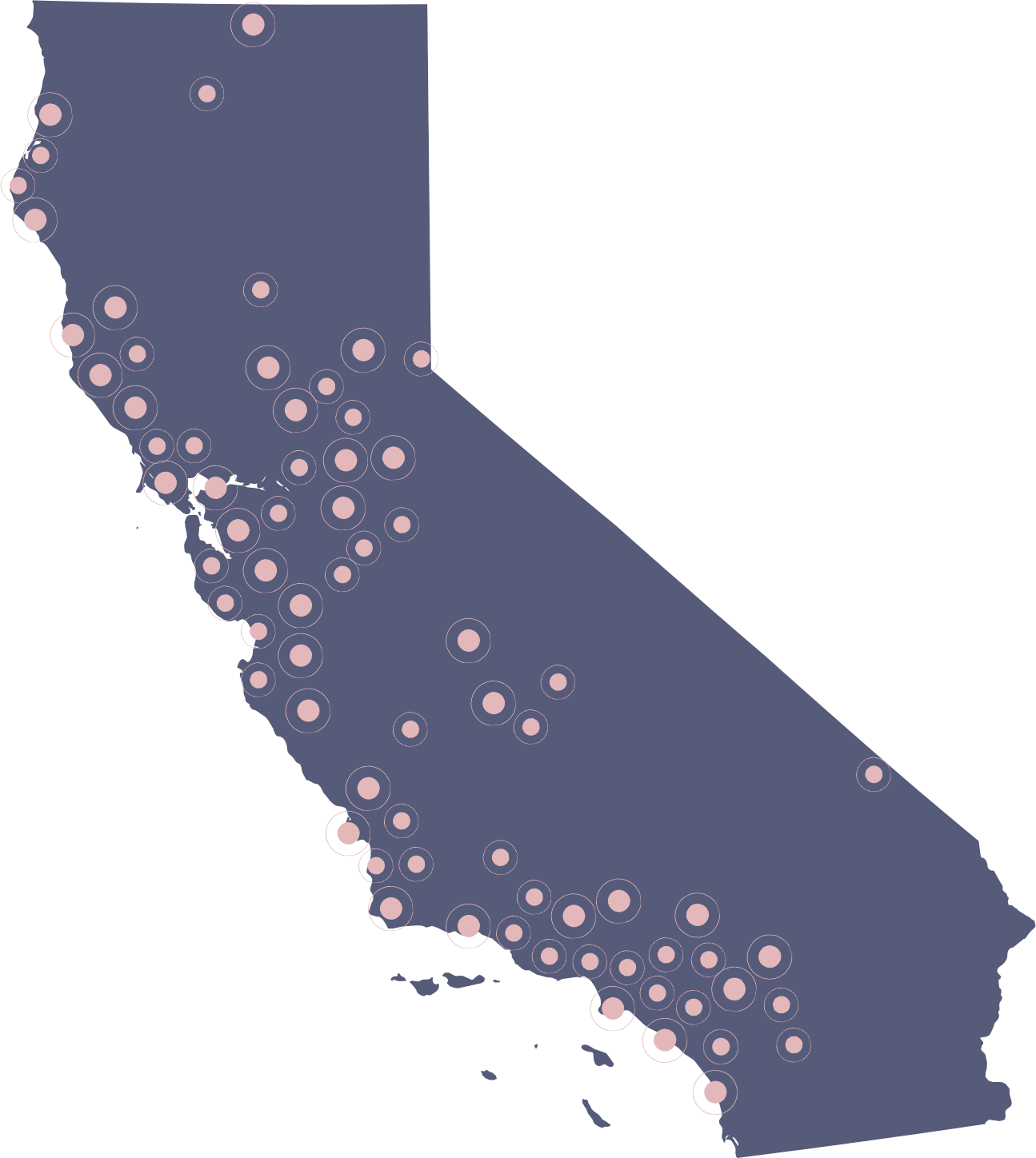 Where We'll Bring You Coffee

In addition to meeting with you in greenhouses, loading docks, office buildings, and city council meetings all over the map, here are the places where we have actual offices where you can come see us in person just like the olden days. 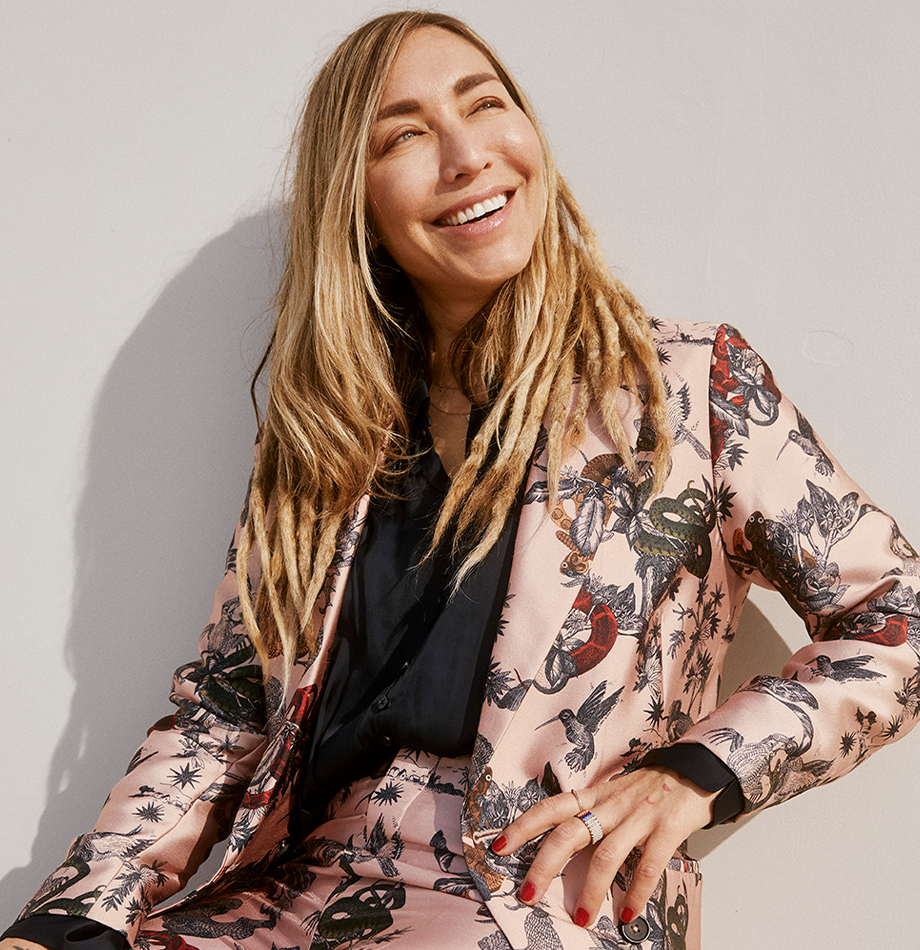 Ariel Clark is a business and regulatory attorney advising clients in highly regulated and emerging ecosystems.

For over 15 years, Ariel has been in the trenches of drug policy reform, helping to enact ecosystem-defining regulations while being deeply committed to her clients — leading operators, entrepreneurs, innovators, investors, and healers. When the idea of a robust, diverse, and regulated cannabis supply chain was considered impossibly out-of-the-box, she committed her practice to be of service to the plants and communities she is in deep connection with — foresight that was recognized by Rolling Stone, which named her one of 18 “Women Shaping The Culture of Tomorrow.” Ariel’s hard work, intelligence, and tenacity have earned her a national reputation as one of the fiercest lawyers working on law reform related to drugs, plant medicine, and psychedelics. Ariel’s extensive legal and political expertise provide valuable counsel to other trailblazers building successful, impactful, and mindful organizations and offerings.

Ariel is a founding Board Member of the Psychedelic Bar Association (PBA), serves as the Board Steward of PBA’s Religious Use Committee, and participates in the Ethics Committee and Legislation and Regulation Committee (LARC). She co-founded and served on the Executive Committee of the Cannabis Law Section of the Los Angeles County Bar Association. She also co-founded the Cannaboss Womxn’s Circle, an active community of professionals collectively advancing feminine leadership in the cannabis ecosystem. Ariel’s other affiliations have included Chacruna Institute for Psychedelic Plant Medicines’ Council for the Protection of Sacred Plants, the International Cannabis Bar Association, California Native American Cannabis Association, California and National Cannabis Industry Associations, and California Growers Association.

Ariel has been involved in numerous policy-change organizations, one of which was the Los Angeles Cannabis Task Force, which Ariel founded and ran. The Task Force was instrumental in the passage of Measure M, which authorized the creation of a legal, regulated industry in LA. Over the last ten years, she has advised many other trade associations and drug policy reform organizations on regulatory and legal issues. Ariel regularly guest lectures at universities and law schools, including Columbia, Yale, and Harvard, and participates in community gatherings, conferences, and festivals.

Prior to founding Clark Howell LLP (originally Clark Neubert LLP), Ariel captained her own firm, as well as worked with California Indian Legal Services (CILS) in CILS’s Oakland, Santa Rosa, and Eureka offices. While in law school, she participated with a group of other Native American law students in discussions at the United Nation for what became the UN Declaration on the Rights of Indigenous Peoples. Her holistic, forward-thinking, and thorough approach to law – coupled with deep policy expertise and progressive vision – is of enormous benefit to clients, colleagues, and fellow paradigm-shifters. 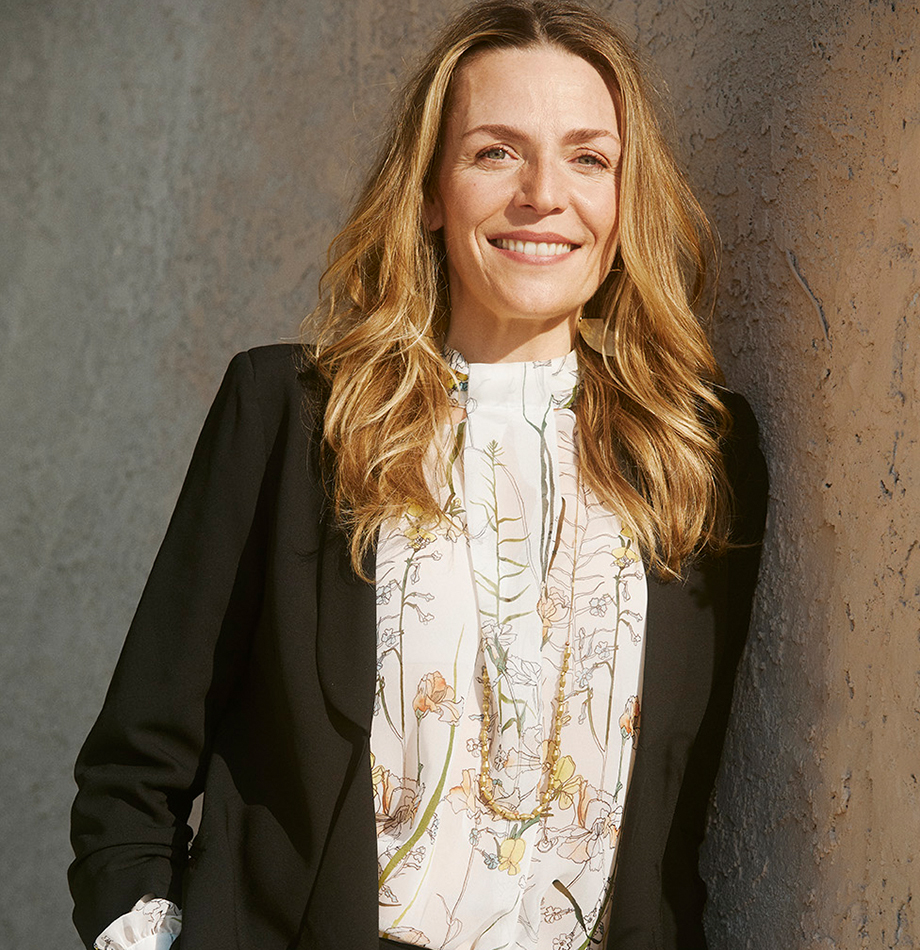 Nicole Howell is one of California’s most effective and respected cannabis business and regulatory attorneys.

Industry executives, private investors, and public companies turn to Nicole for her perspective and proven track record in advising the industry’s most successful operators through California’s challenging and dynamic market.

In serving as general counsel to the state’s movers and shakers, Nicole has guided her clients over the major (and novel) corporate and regulatory hurdles unique to a market in its first decade of existence. Her role as lead regulatory counsel in successfully closing one of 2019’s largest and highest profile Canadian public company acquisitions of a beloved California enterprise demonstrates her skill in navigating bet-the-deal matters of first impression. Her work in structuring the legal framework for the state’s most innovative and fastest growing delivery provider illustrates her dedication to rolling up her sleeves to craft creative legal solutions that fuel business growth. Bold businesses and brands rely on Nicole’s counsel to be rooted in a rich understanding of the nuances, rules, and relationships that go into winning a successful outcome.

Nicole works actively with local and state legislative and regulatory efforts, having served as a member of State Treasurer John Chiang’s Cannabis Banking Working Group, as Chief Policy Advisor to the California Growers Association, on the Board of California NORML, and currently is involved in other industry and business related organizations, including the National and California Cannabis Industry Associations, International Cannabis Bar Association, San Francisco Chamber of Commerce, and the Executive Committee of the Cannabis Section for the San Francisco Bar Association.

Nicole has been recognized as one of the top 75 “Most Important Women in Cannabis” by Cannabis Business Executive, of the “30 Most Powerful Cannabis Lawyers” by MG Magazine, annually ranked by Super Lawyers magazine since 2012, and recognized for several years running as an “Attorney to Watch” by Chambers and Partners USA. In 2018, the firm was recognized by Entrepreneur Magazine in the nation’s top five cannabis firms. Nicole regularly speaks, teaches, and writes on the topics of cannabis and hemp business and regulatory law, and the decriminalization of plant medicines and other emerging therapeutics.

Nicole is a Founding Board member of the Psychedelic Bar Association, an organization inviting lawyers to collaborate in making the practice of law in the psychedelic space truly soul-manifesting (that is, “psychedelic”).  She currently serves as Co-Interim Executive Director. 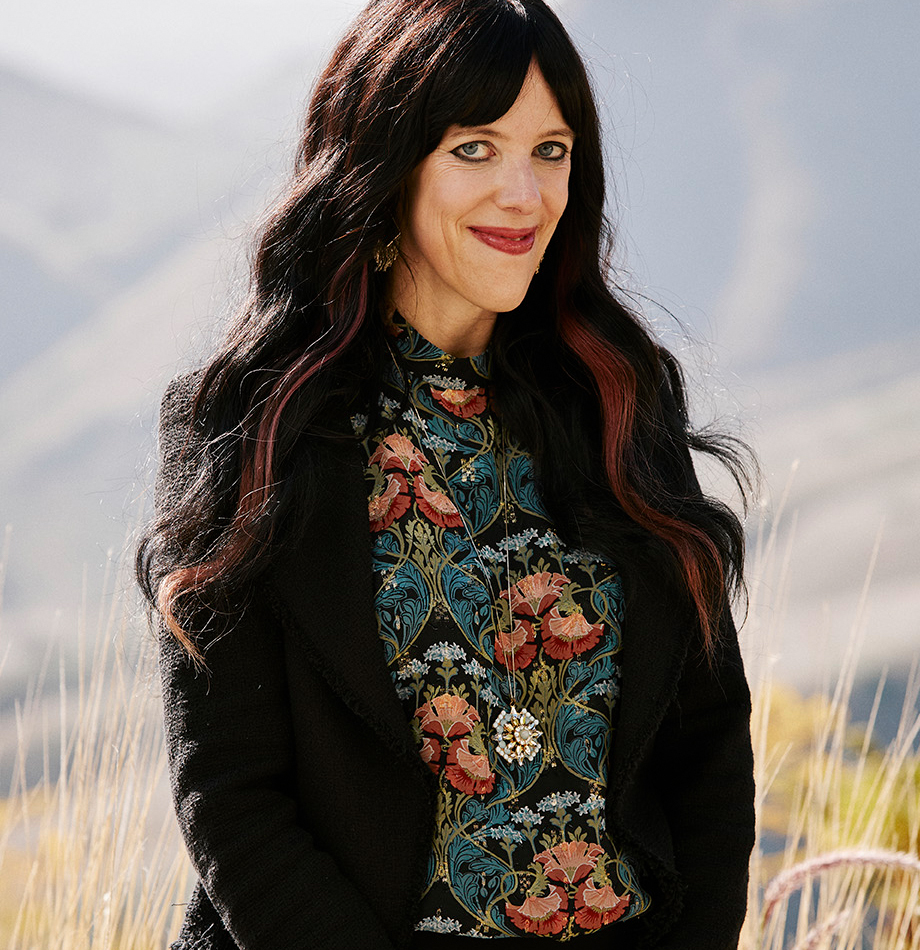 Heather Kirlin brings to the firm over 15 years of experience representing companies in all stages of their life cycles, from formation to exit. She advises clients on a broad range of business transactions, including entity formation, mergers and acquisitions, debt and equity financings, redemptions and cross-purchases, joint ventures, executive employment agreements, and negotiating and drafting a wide range of commercial agreements.

Heather has particular expertise in the area of business acquisitions, having acted as lead M&A counsel representing both buyers and sellers in numerous stock purchase, asset purchase and merger transactions for clients in a variety of industries. Heather also has extensive experience in helping co-owners negotiate and define the terms of their internal business relationship in partnership agreements, operating agreements and shareholders’ agreements. At Clark Howell, Heather applies her years of experience as a corporate attorney to helping clients in the cannabis industry find practical solutions to complex matters.

Heather is a native of California, and grew up in Napa, where her family owned a vineyard and a winery. Heather also previously owned a business representing small, family-owned wineries in Sonoma in a collective tasting room. This background in the wine industry has instilled in Heather a deep appreciation of plants, nature and all things that grow, while also giving her a deep understanding of the unique challenges of operating a business in a highly regulated landscape. Applying her legal skills to the cannabis industry is a natural extension of this background, allowing Heather to draw on her experience to tailor pragmatic solutions to the legal issues cannabis businesses face.

Prior to joining the firm, Heather was a partner at the well-respected San Francisco firm Greene Radovsky Maloney Share & Hennigh LLP, where she specialized in business transactions for a diverse client base, including real estate companies, retail businesses, professional service providers, agribusinesses, and technology companies. 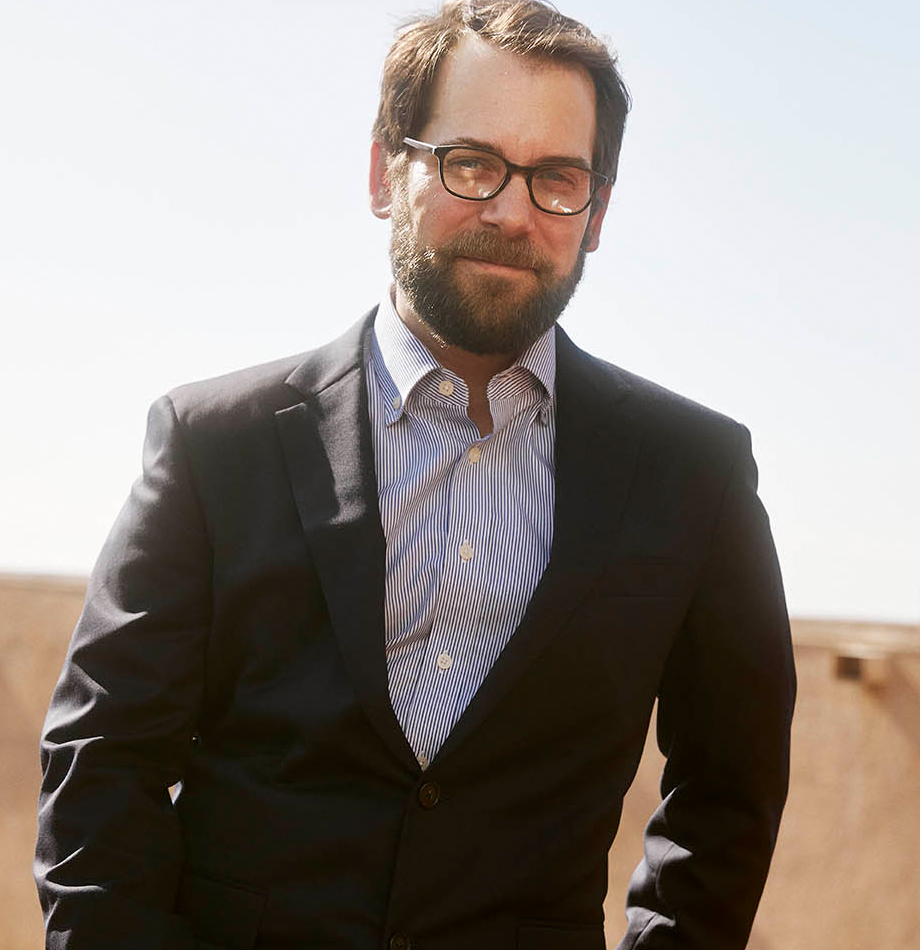 Dan Dersham’s practice centers on commercial real estate transactions, regulatory compliance, and commercial litigation.  His success in federal and state trials, arbitrations, and mediations has made him a sought-after legal adviser not only for corporate clients, but also for individual owners, investors, developers, and landlords seeking representation on a variety of real estate issues and disputes, such as leasing, land use, and regulatory compliance in highly regulated industries.

Prior to joining Clark Howell, Daniel was a partner at a San Francisco boutique business and litigation firm and an associate at a prominent west coast firm specializing in highly regulated industries. 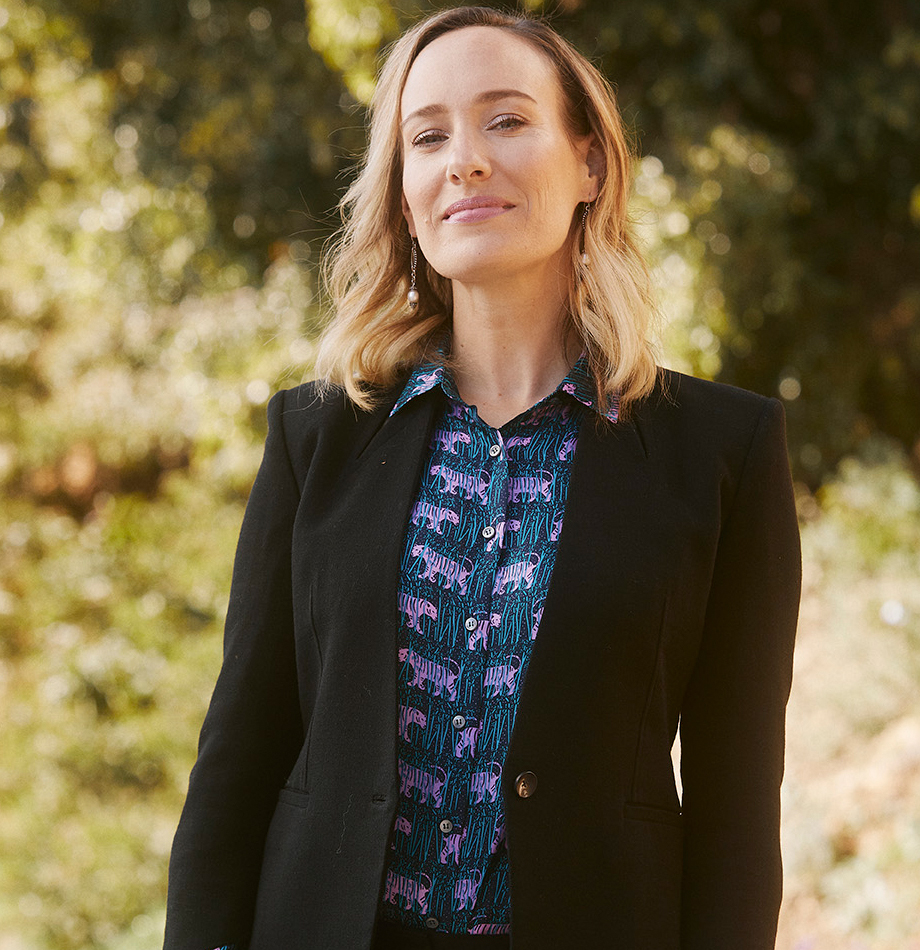 Nicole has extensive experience with all aspects of cannabis business formation and compliant operations, including license applications, zoning and land use issues, lobbying with local government, real estate and leasing matters, and corporate formation. Additionally, she has successfully settled license denials, breach of contract, and employment discrimination suits in the cannabis field. Nicole advises cannabis businesses on all aspects of regulatory compliance, including internal operations, packaging and labeling requirements, workplace protocols, and vendor contracts.

Nicole enjoys working with a diverse range of clients and values the strong relationships she builds with them. She has extensive experience advising and representing cannabis clients at every stage of their businesses. Nicole thrives on and excels at assisting clients achieve their goals and become leaders in this emerging industry. 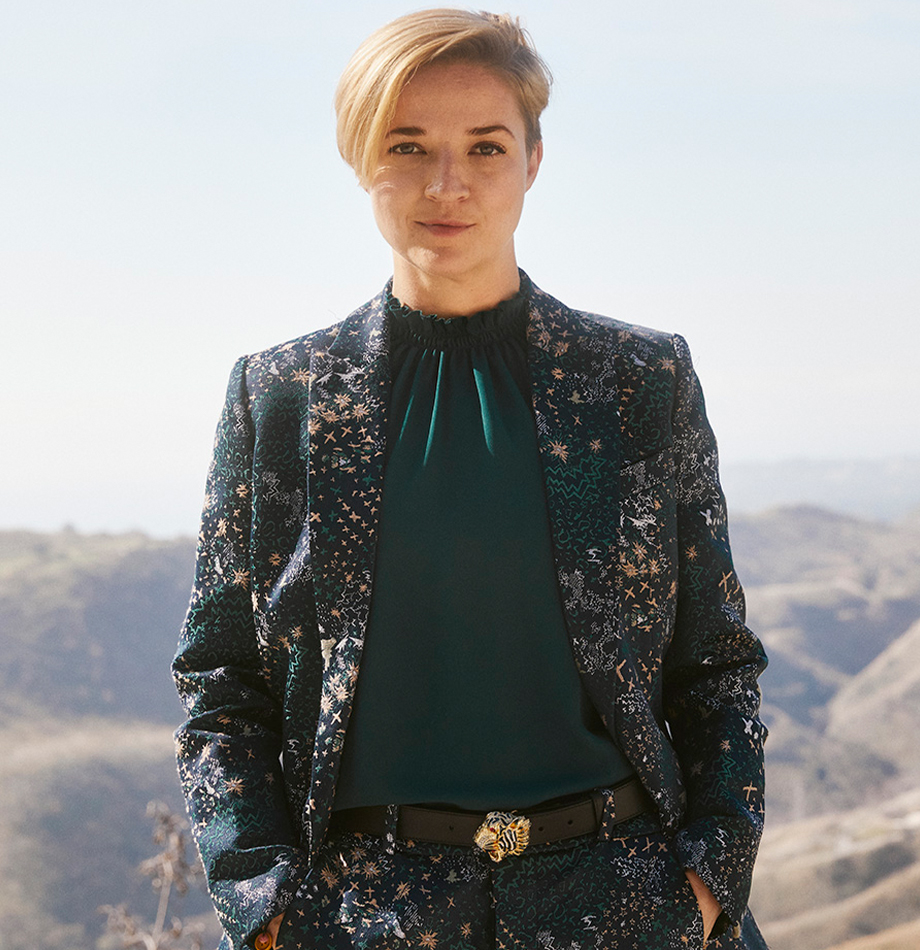 Molly is the captain of the helm for Clark Howell operations. With over a decade of experience as an executive level administrator, Molly expertly manages all integral administrative and operational matters for the firm while providing project and scheduling support to our attorney team.

Molly draws from her extensive work in educational giving foundations, her counseling experience and academic research, and her work with diverse adult student populations to cater to our clients. Molly is a passionate advocate for legal access to cannabis for medical and adult use. 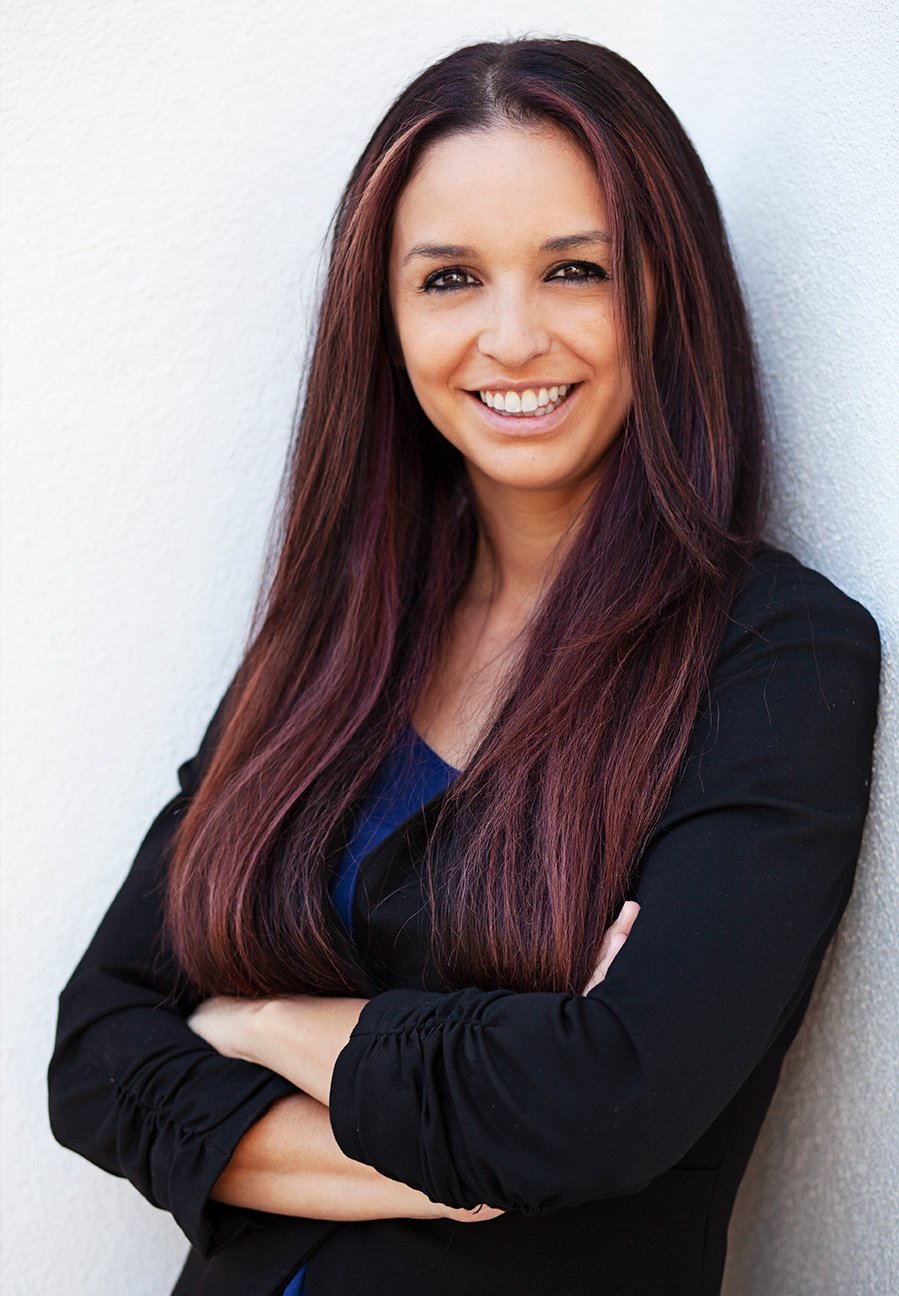 Sherrie is an essential member of our team, multitasking her way through every day to keep the team and our client’s licensing matters running smoothly and efficiently as our Executive Administrator and Regulatory Analyst. She brings over 15 years of administrative and paralegal experience, working closely with attorneys and clients at all levels. Our attorneys lean on Sherrie for expert administrative support, scheduling, case management, and licensing, among many other critical tasks.

Sherrie has an extensive background with litigation and working in a variety of firms serving various industries. In addition to her paralegal skills, her knowledge, experiences, and passion for legal access to cannabis make her a valuable source of ideas and solutions to the everyday needs of the firm and our clients.