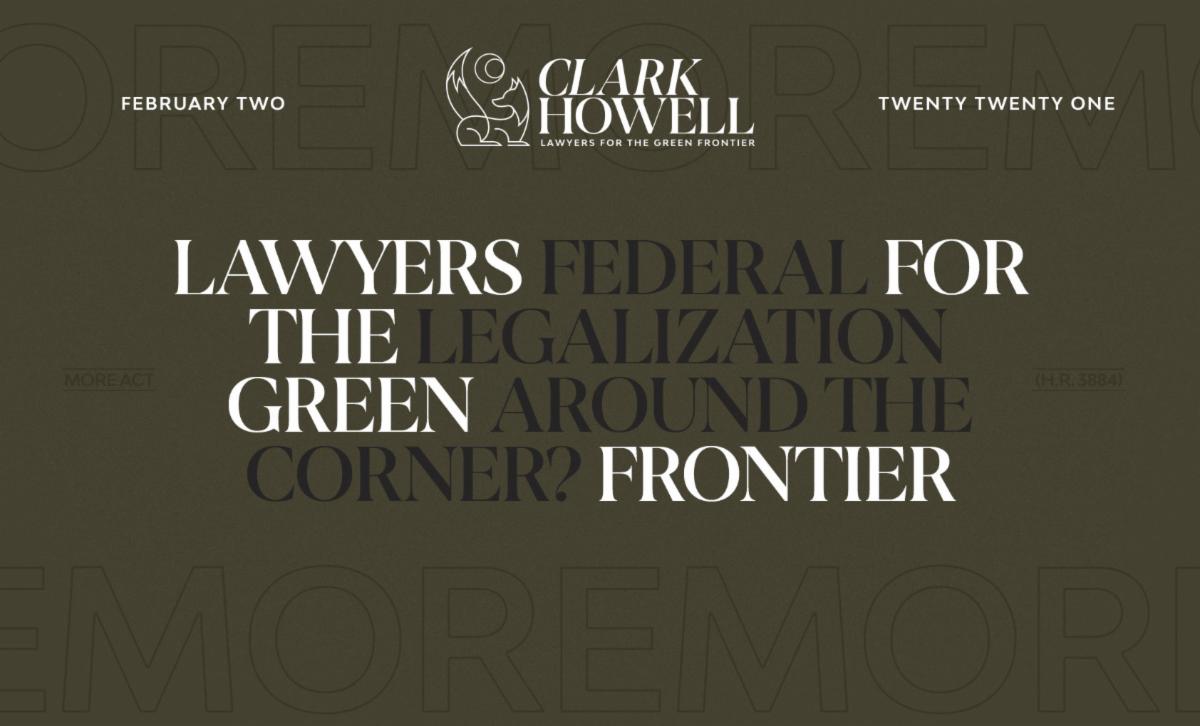 Before the holidays, we told you what we’re anticipating for cannabis in California and nationwide this year, including the prospects for federal legalization. This bulletin highlights the MORE Act, a federal legalization bill that made history in the House and that contains a number of consequential elements.
(Note: “MORE” stands for Marijuana Opportunity, Reinvestment, and Expungement.)
Status of the MORE Act / Where the MORE Act Stands
On December 4, 2020, the US House of Representatives passed the MORE Act (H.R. 3884) by a vote of 228-164. It then went to the Senate, where it was referred to the Finance Committee. It did not advance by the end of the 116th Congress and the start of the 117th on January 3. That means the MORE Act – or some version thereof – would need to be (re)introduced in the newly seated Congress.
Then why are we talking about it?
The MORE Act gives us hints about what legislators have in mind for federal cannabis legalization, and its passage in the House is a milestone in the cannabis reform saga. The bill is impactful, complex, and imperfect. Knowing what’s on the table is valuable for the sake of both advocacy and business planning.
Remember: this is all hypothetical for now. We’ll let you know as things develop.
We start by highlighting the sweeping changes proposed in the MORE Act. To help you forecast business considerations, we then drill down further in three areas: banking, taxes, and social equity programs.
Highlights: A Birds Eye View

Who in cannabis doesn’t groan when they think of banking? You can hardly blame us, considering the obstacles. However, this could become a worry of the past. Removal of cannabis from the CSA alters the applicability of federal anti-money laundering statutes. Banks would be able to welcome cannabis businesses without the hefty requirement to file suspicious activity reports (SARs) on depositors who might be breaking federal law, since the money would no longer be derived from a federally-illegal activity.
Side note: We’re also seeing action at the state level. California released proposed emergency regulations last week related to AB 1525, which passed last fall. AB 1525 (Cannabis: Financial Institutions, by Jones-Sawyer) offers a mechanism to ease banks’ burdens in conducting federally-required reviews of a cannabis business. Its goal is to increase cannabis industry access to banking services.

280E prevents businesses from deducting ordinary business expenses from their gross income when such expenses are associated with the “trafficking” of a substance in Schedule 1 or 2 of the CSA.
Descheduling resolves the 280E issue and expands the business expenses you can deduct. In other words (assuming all else equal), taxable income goes down and so does the tax due.

The MORE Act proposes a 5% tax for the first two years, a 6% tax in the third year, 7% in the fourth, and 8% in the fifth (and presumably thereafter). If you’re subject to a local tax, this 5-8% tax becomes the third level of cannabis taxation, in addition to general taxes that all businesses pay at the local, state, and federal levels. Tax liability appears to rest with the business that packages the goods for sale.
An occupational tax of $1,000 per premises would be imposed on producers and export warehouse proprietors.

Helping to Repair Harms from the War on Drugs
The MORE Act is meant to be social justice legislation. With that intent, it would create a number of programs funded by the 5 to 8% tax mentioned above. These programs are designed to benefit individuals, communities, and small businesses owned and controlled by socially and economically disadvantaged individuals. They also incentivize the creation of local and state equity programs.
To learn more about how the MORE Act could impact your business, if passed, contact your Clark Howell attorney or call our main line at 877-257-2442. We would also love to hear your thoughts and concerns.

If you have any questions about how the above or would like to discuss how it could impact your business, please contact your attorney directly or call our main line at 877-257-2442.

Back to the Green Frontier Bulletin Archive