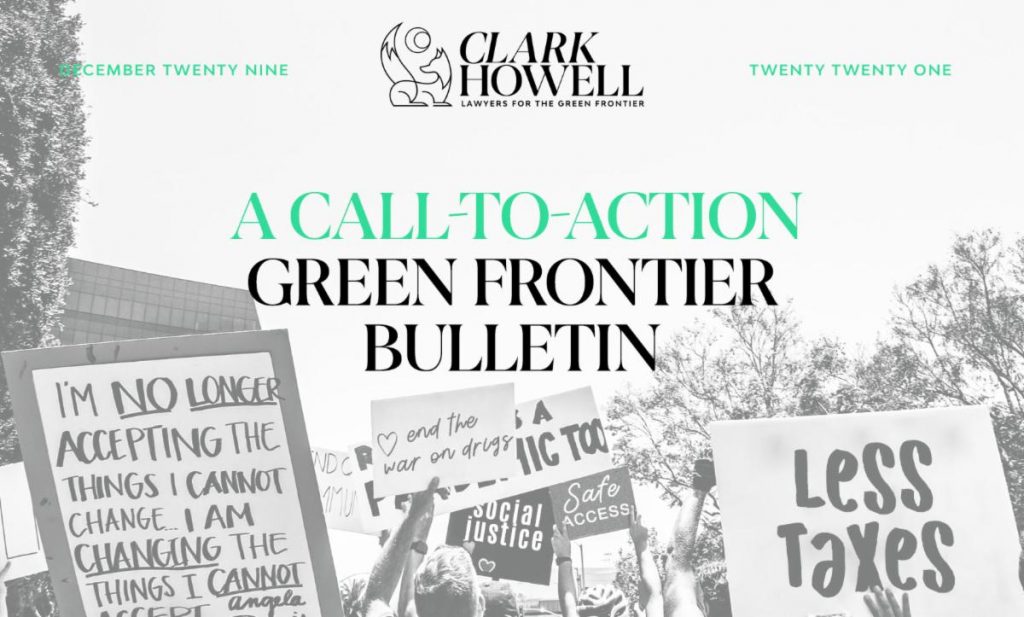 PART B: THE LATEST IN LA Last Fall, you Chose Your Own Adventure in our Provisional Licensing Decision Tree (scroll down to view the updated version). The State of California had just passed the 2021 ‘Trailer Bills,’ the legislation that accompanies the Governor’s yearly Budget Act. The budget bill authorizes spending, and the trailer bills […]

A Call To Action

More Big Rule Changes Being Cooked-Up In LA Tensions are running high in Los Angeles City Hall about cannabis licensing since the introduction of City Council’s Motion on October 29th that would require the Department of Cannabis Regulation to accelerate their program. When introducing the Motion, City Council remarked how Social Equity Applicants have lost […]

Continuing our deep dive into new licensing rules in California, today’s bulletin is a decision tree to demystify provisional license application deadlines. Do any of these apply to you? opening a new cannabis business, relocating, adding new activities, or expanding your existing footprint. If yes, continue reading below. Start at the top (green box) and follow […]

In our last bulletin, we laid out the California budget and how it modifies the cannabis regulatory landscape for all licensees. Today we are continuing our deep dive into the trailer bills, focused specifically on the concerns of equity applicants and licensees.  In September of 2018, the California Cannabis Equity Act of 2018 became law. The sponsor, […]

Today we’re talking about the California budget, one of the state’s most important (and overwhelming) annual decision-making processes. The budget determines how money is distributed in the state – for education, infrastructure, health care, and … cannabis programs! This year’s budget is full of changes to California’s cannabis framework. Even if you didn’t read the state […]

Earlier this year, we sent you a rundown of pending California legislation. Each year, bills are introduced in our two-chamber state legislature (the Assembly and the Senate). A bill must advance through a series of steps in order to pass this year. Here are a few of the key deadlines:  June 4: The deadline for bills […]

A New Kind of Spring Cleaning

We are in Year 4 of Proposition 64 implementation. The licensing authorities are moving away from taps on the shoulder (i.e., education and warnings) to slaps on the wrist (i.e., fines and citations). They expect operators to be strictly and fully compliant with all laws and regulations. Whether you’ve transitioned to an annual license or […]

6 Things to Know About Psychedelics Decriminalization

SB 519: What’s In and Not In You’ve surely noticed that the wave of psychedelic law reform continues to pick up speed. Denver, the District of Columbia, Oakland, Santa Cruz, Ann Arbor, and Cambridge have reformed psychedelics policies, and last fall we told you about Oregon’s drug policy ballot initiatives, both of which passed. Every […]